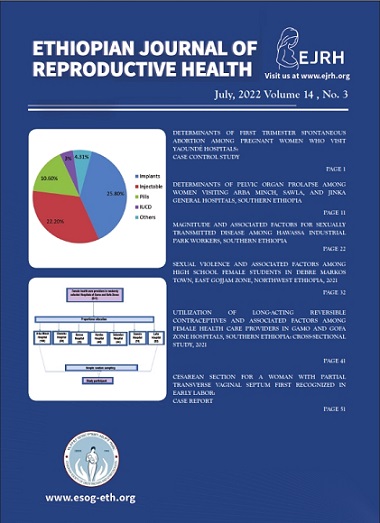 Background: Sexually Transmitted Infections are a group of infectious diseases spread through unprotected sexual intercourses and resulting in curable and incurable diseases. Around the world estimated about 376 million people become ill each year with one of four common curable Sexually Transmitted Infections. It is estimated about 86 million new cases of curable STIs occurred in Africa region.

Methods: Institution based cross-sectional study design was conducted from July to August, 2020. Self-reported syndromic approach was used to assess magnitude and associated factors for STIs. Multistage sampling technique was used. Both bivariate and multivariable logistic regression analyses were employed. P-value of <0.05 and AOR with 95%CI was used to determine the presence of association between covariates and dependent variable.

Conclusion and Recommendation: Self-reported magnitude of STIs among HIP was found to be high. Design and implement work place based STI prevention and control programs which focus on reduction of risky sexual practice and promotion of safer sexual practices among these high-risk population is very crucial.